Narconon Suncoast is part of the growing family of rehabilitation centers that employ the groundbreaking drug rehab technology, pioneered by L. Ron Hubbard.

This Narconon center provides an ideally configured, distraction-free setting for those seeking to overcome the ravages of drug and alcohol addiction and lead drug-free lives—comprised of four buildings totaling more than 35,000 square feet on 7.5 acres of serene wooded property.

The center opened during a time of enormous growth for the Narconon drug rehabilitation network around the world. And the dedication’s timing was fortuitous, as the state of Florida has found itself weighed down by an escalating drug abuse crisis.

More than 8,500 people died as a result of drug abuse in Florida last year. In Pinellas County alone, someone succumbs to a narcotics-related issue every 32 hours. The state earned a reputation as the “Pill Mill” capital of America and despite a crackdown on these practices in recent years, deaths from prescription drug abuse is still on the rise. Meanwhile, heroin has filled the void, with heroin-related deaths in the state increasing 124 percent. The number of babies born addicted to drugs in Florida has increased tenfold in the past 20 years, and in one southwest Florida county, the number of newborns addicted to painkillers soared 24 percent in 2014 over the previous year.

Behind these statistics are real people whose lives and families are torn asunder by drug addiction. Consequently, a Narconon solution is needed now more than ever. Narconon Suncoast is available to answer the call of a state in dire need of real solutions to the addiction calamity.

Located just minutes away from the downtown core, this drug rehab center reflects the continued commitment of the Scientology community to uplift the city that serves as the religion’s spiritual headquarters. It stands as a valuable asset for residents in the Greater Tampa Bay community. The facility was made possible by generous contributions from members of the International Association of Scientologists (IAS).

For nearly 50 years, Narconon has saved the lives of countless individuals who were thought lost to substance abuse forever. Its mission is to provide an effective path for drug abuse rehabilitation and to assist society in reversing the narcotic abuse menace worldwide.

Narconon addresses those in the program as “students” rather than “addicts” or “victims,” and its sole purpose is to give people the tools to kick drugs for good. Every detail is considered, to give students the stability and comfort they require to help free themselves from addiction and rebuild their future without drugs.

The Narconon program begins with a drug-free, nonmedical withdrawal process to assist the individual in eliminating a dependence on drugs as rapidly and comfortably as possible. It is followed by a distinctive method of detoxification, specifically geared to help drug users eliminate the residues that drive cravings while at the same time supporting the body with supplements. The final component of the program is a series of Life Skills courses that furnish students the tools to remain drug-free throughout their lives.

Harnessing the power of audiovisual tools to increase understanding, bypass literacy barriers and maintain the standard application of the Narconon technology, 23 instructional films in 29 dialects and languages have been produced, covering every aspect of the Narconon program. 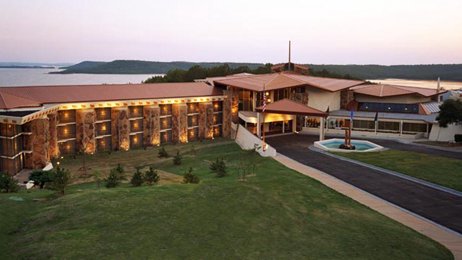 Find out more about the Narconon program and the international network of Narconon centers saving lives through drug rehabilitation & prevention.

« Previous
Criminon Florida
Next »
Applied Scholastics Community Learning Center
ABOUT US
ALL ARE WELCOME
FREE TOUR OF THE PUBLIC INFORMATION CENTER
Mon-Sun 10:00am - 10:00pm