The Criminon Florida Center is the Clearwater headquarters for a worldwide criminal reform program that directly addresses the cause of criminality by restoring self-respect and thereby providing a new opportunity for offenders to become contributing members of society.

Criminon, meaning “without crime,” is based on Scientology Founder L. Ron Hubbard’s discovery that the path to true rehabilitation for offenders is helping each to “find out when he lost his personal pride. Rehabilitate that one point and you don’t have a criminal anymore.”

Internationally, more than 10.1 million people are held in penal institutions, 2.2 million of those in the United States alone. Of the 100,000 inmates in Florida’s prison system, nearly one in three released will be behind bars again within three years. And Pinellas County ranks second in the state in the number of juvenile arrests.

Recidivism rates often exceed 75 percent, but the Criminon Program is reversing the trend by rehabilitating offenders and returning them to society with life skills that enable them to lead productive lives rather than waste away behind bars.

Today, Criminon is active in some 1,000 prisons and correctional facilities worldwide, with nearly 13,000 inmates enrolled in the program.

In country after country, wherever the Criminon Program has been instituted, government and prison officials have seen dramatic drops in recidivism rates—even among the most hardened criminal populations.

Criminon Florida is dedicated to the criminal rehab program instituted nearly five decades ago. It has established onsite programs in eight correctional institutions and delivers correspondence courses to inmates in 100 facilities throughout the state. In realizing its mission, Criminon Florida has guided some 20,000 inmates through courses designed to help them make a fresh start in life as productive members of society. With its new headquarters, Criminon Florida is committed to still further increasing its outreach to rehabilitate even more offenders and slap the cuffs on revolving-door recidivism and stop it in its tracks.

Information displays in the new headquarters provide visitors with key details of the program and its implementation. The facility also includes a multipurpose room for seminars and workshops on Criminon delivery, while an entire wing houses a correspondence course center. 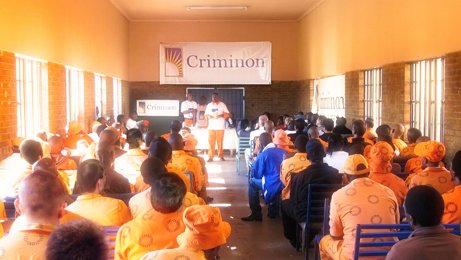 Find out more about the Criminon program and what the Church of Scientology does to support effective criminal reform and rehabilitation.

« Previous
The Way to Happiness Foundation Clearwater
Next »
Narconon Suncoast
ABOUT US
ALL ARE WELCOME
FREE TOUR OF THE PUBLIC INFORMATION CENTER
Mon-Sun 10:00am - 10:00pm