On Sunday August 7th, in honor of Purple Heart Day, hundreds of citizens joined active duty military, veterans and recipients of the Purple Heart award at the historic Church of Scientology-owned Fort Harrison, in Downtown Clearwater for an event hosted by the Citizens Commission on Human Rights Florida, a non-profit mental health watchdog organization. Speakers at the event emphasized the need to honor those who work to protect our country and drew attention to the negative effects of psychotropic drugging of American soldiers.

“Tonight is an evening for us to recognize the unique needs of our veterans. It is an evening to recognize that they need our help and that we can reach out and do so,” said Jonathan Walser, former Marine and President of the Fraternal Order of Police Lodge 10. “Their issues are not going to be pushed aside with medication, and numbed out of their conscience, because their issues need to be dealt with, dug to the root core, and tackled. Thankfully, there are non-medication oriented solutions that can help them heal.”

Military records report that one in six American service members is on at least one psychiatric drug, and over the last ten years, the US government has spent more than $4.5 billion just medicating soldiers and veterans with this class of drugs.

“Their issues are not going to be pushed aside with medication, and numbed out of their conscience, because their issues need to be dealt with, dug to the root core, and tackled. Thankfully, there are non-medication oriented solutions that can help them heal.”Jonathan Walser, former Marine and President of the Fraternal Order of Police Lodge 10

Coincident with the rise of psychotropic drug use by the military, there has been a doubling of suicides.

“The reality of combat is that anyone that has stepped into a combat zone may not have fired a weapon, may not have been in combat, but has seen the results of combat and it leaves a lasting impression. As a result there are a lot of walking wounded who may not have scars on the outside but they have scars on the inside,” said Reverend Father Bob Swick, Purple Heart Recipient and President Chairman of the Tampa Bay Veterans Alliance.

From 2010 to 2012, more US soldiers died by suicide than from traffic accidents, heart disease, cancer and homicide. In 2012 alone, amongst active duty servicemen and women, there were more suicide deaths than deaths in combat.

Coincidentally, from 2005 to 2011, the US Department of Defense increased its prescriptions of psychiatric drugs by nearly seven times and at a rate thirty times faster than the rate of increase for civilians.

“We promise to continue working to expose abuses against veterans and those on active duty while also advocating for common sense, outcome-based solutions,” said Diane Stein, President of CCHR Florida. “We will not rest and we will not retreat from our mission to bring our veterans back to true health. This is our way of giving back to you who have given so much.”

It was L. Ron Hubbard, the Founder of Scientology, who brought the terror of psychiatric imprisonment to the notice of the world. In March 1969, he said, “Thousands and thousands are seized without process of law every week over the ‘free’ world, tortured, castrated, killed. All in the name of ‘mental health.’”

After discovering that 55 percent of foster children in Florida had been prescribed powerful mind-altering psychotropic drugs, CCHR documented the abuse to the health department, which initiated changes that led to a 75 percent reduction in prescriptions for children under six. 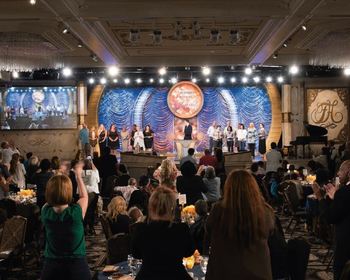