CCHR Warns: Widespread Misuse of the Baker Act is a Human Rights Abuse

CCHR is continuing a campaign to educate Floridians on mental health rights so they can protect themselves and their loved ones from abusive use of this law.

Commonly called the Baker Act, the mental health law in Florida allows for individuals of all ages, including children, to be taken into custody and sent for an involuntary psychiatric examination. The most recent report shows that there were more than 199,000 involuntary psychiatric examinations in Florida and that over 32,000 of these initiations where on children, some as young as two years of age.

Unfortunately, a report made during the 2017 Baker Act Task Force also indicates that, at least in the case of children, a significant number of these involuntary examinations do not really meet the legal criteria to take a person into custody.

The abusive misuse of a law which allows a person’s rights and freedoms to be taken away prompted the Citizens Commission on Human Rights (CCHR) to launch a campaign in 2015 to educate families, lawmakers, law enforcement and school districts on mental health rights. According to CCHR, almost 200,000 families have been informed of their rights since the start of the campaign.

The use of a law that allows a person of any age to be taken into custody against their will when the legal criteria for doing so are not met is a human rights violation.Diane Stein, President CCHR Florida

In addition to handing out information on the law at events across the state, CCHR began hosting seminars on Baker Act Rights at their headquarters located in downtown Clearwater. Delivered by attorney Carmen Miller, a former assistant public defender in the Thirteenth Circuit in Tampa, those in attendance are provided with a non-consent form that may help in preventing the illegal Baker Acting of a loved one.

“The use of a law that allows a person of any age to be taken into custody against their will when the legal criteria for doing so are not met is a human rights violation,” said the president of CCHR Florida, Diane Stein.

While the original stated intention of the Baker Act was to protect the rights of citizens sent for involuntary psychiatric examination, it has become a source of great abuse, abuse which CCHR is on a crusade to end. The complimentary Baker Act Rights Seminar is held monthly in the headquarters for the Florida chapter of CCHR located at 109 N. Fort Harrison Drive in downtown Clearwater. To learn more about the Baker Act or to reserve seats at the next seminar please call 727-442-8820.

Initially established by the Church of Scientology and renowned psychiatrist Dr. Thomas Szasz in 1969, CCHR’s mission is to eradicate abuses committed under the guise of mental health and enact patient and consumer protections. L. Ron Hubbard, founder of Scientology, first brought psychiatric imprisonment to wide public notice: “Thousands and thousands are seized without process of law, every week, over the ‘free world’ tortured, castrated, killed. All in the name of ‘mental health,’” he wrote in March 1969. For more information visit www.cchrflorida.org. 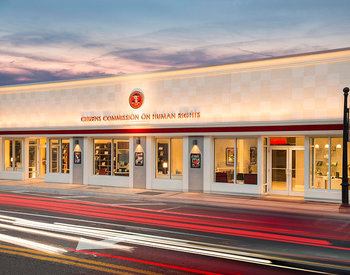